Facebook Live Rolls Out Updates in the Midst of COVID-19

Last week, Facebook reported a significant increase in demand for it’s live stream service as a result of lock downs around the globe in the midst of the COVID-19 Pandemic.

Many of our clients are relying in live stream to connect with their customers and many of the churches we work with are doing the same in order to stream their services.

These increased demands make sense, as people are home looking for a social outlet while obviously maintaining a safe social distance. Naturally, they’re turning to digital methods of staying connected with friends and family.

Now that people are turning to Facebook Live, Facebook is taking the opportunity to add some more features to the option, both for regular users and professional broadcasters to cater to increased demand, ultimately making the platform a more useful tool for connecting with your audience.

First off, for regular Facebook users, there will be automatic closed captions, and an option to listen to audio only, which will be beneficial for users with less available bandwidth to tune in with more of a podcast style listen-only experience.

Additionally, Facebook is enabling people who don’t have a Facebook account or where they are locked out of their account to still be able to stream live videos, ultimately maximizing the potential reach of users who prefer not to be socially engaged with the platform.

There will also be new options for fundraising and non-profit streams as broadcasters will be able to generate toll-free phone numbers within the broadcast so viewers may call in.

Facebook is also launching a new tool called Live Producer, which is a refreshed, cleaner dashboard for managing Live broadcasts. This will include simpler tools for streaming via third-party tools and cameras & connecting via the Facebook Live API.  It can also be used to connect via regular streaming equipment as well

Once connected, broadcasters will have a range of new options they may utilize to improve their streams, including a new set of comment moderation features to facilitate better discussions among view

Once your stream is connected, broadcasters will have a range of new, simplified options to improve their streams. For example, Facebook has added a new set of comment moderation settings to facilitate better discussion within a broadcast.

The options you may choose to utilize include:

There is also a new ‘create a clip’ option that will allow you to create a separate video clip of the most recent 60 seconds of your broadcast, while live, without stopping the stream.  This clip can then be shared in an update to promote your live stream and generate additional interest.

While this feature is being beta tested and isn’t available to all, the goal is to enable a simple way to add visual overlays on the broadcast while improving quality. The option also extends to other functions, beyond simple brand and name displays:

“With Graphics, publishers can highlight and add viewer comments directly on top of their video stream or send polls to their audiences and display the results in real time. It also includes a variety of overlays that publishers can create before going live or on the fly, like names, tickers, and full-screen introductions.”

As you can tell, these are some significant upgrades to Facebook Live.  Given the surge in usage of Facebook Live, the hope is to carry the popularity beyond this period of uncertainty and quarantine by catering to the needs of Live users.

For regular users, the primary focus of these tools is to better facilitate charity streams, but the professional tools will also help more businesses looking to tap into that expanded Live audience.

With humans increasingly turning to tools like Facebook Live to connect with one another and their audiences, we could be facing new digital trends that will carry on into the future.

The new Live Producer interface can be accessed here. 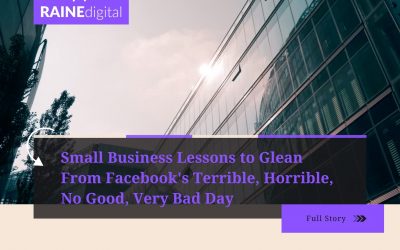 At the time of this writing, Facebook, Messenger, Instagram, WhatsApp, and Oculus, are all suffering from ‘technical difficulties’ that have resulted in hours of outages. These platform outages have been going on for hours, with no real sense of how long they’ll... 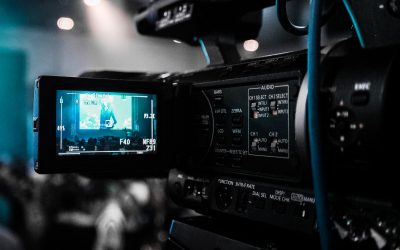 ustomer testimonials are a powerful way to demonstrate your abilities and successes and drive conversions and land more sales.