Rocks: What Does Impossible Even Mean

I can be known as someone who is a little…. well, to use the word confident would be an understatement.  When an idea I have works out I am usually the first one to point this out, and my friends and colleagues usually make comments or jokes at my expense but the thing is, they usually end up agreeing with me.

For the longest time I have pondered my need to do this, and don’t get it twisted, it was somehow a need that I felt deep down.  I felt like I had to prove to the world but also myself that I had value and that I was able to get things done. It was not until tonight that I realized why that was.

When I was 19, I joined the AmeriCorps NCCC program, and for those of you who don’t know it’s kind of like the peace corps of the United stares.  For 10 months you volunteer anywhere in the country you are sent, doing anything you are told to do. My reason for joining could have had something to do with the fact that 9/11 happened while I was in high school, or because of medical reasons I couldn’t join the military and I wanted to do my part and serve my country.

So I did, and I have had some amazing experiences, building a house for a family in need became just another day at the office, an environmental project in northern Maine was fun because of the amazing weather and people, never mind that we were moving tons of rock a day, yes tons.

However, there is one project that will stand out to me for the rest of my life. In the late summer of 2005, the Gulf Coast of the United States was hit by one of the worst hurricanes on record, Hurricane Katrina.  I wouldn’t learn about how historic this storm would be, or the massive amount of damage that it would cause until much later, because I was headed into it 2 days before it made landfall.

At 19 years old, I was sent into one of the worst natural disasters in the history of the United States.  Often, in entrepreneurship, we talk about how giving up is not an option, how we need to keep going and keep pushing forward. Yeah, I know about that life.  I know what it is like to be aware that if you’re not willing or not awake enough to drive three hours in the middle of the night with no power or street lights to guide your way, a shelter may go another day without food. It didn’t matter if I’d been going for 22 hours straight.  I learned at 19 what it was like to be in the state of emergency and still continue to push. It wasn’t an assigned job, it was one I chose.

I also learned during that time I have a unique ability to solve problems.  Something, maybe the way I was raised, maybe a God-Given ability has led me to believe that I can accomplish the impossible. I believed when people were running out of clean drinking water, I could find it. That when a hot meal, meant the difference between and a good and a bad week for a group of people who had not seen their family in almost a month, I could find it. I learned that at the limit of what others thought was possible is where my thinking began.

I was rewarded, and I’m not referring to awards or letters from the governor (which I received) but with the memories and life experience, I gained from that hurricane.  You see one of the people that I worked with (honestly, I don’t even remember her name) gave me something that does that to this day, reminds me of what I live to accomplish.

It was the night before many of my team members would end up leaving to return to “normal” life.  I would end up staying for a few more weeks before beginning relief efforts with FEMA. (At this time I was deployed by the Red Cross). This lady had all of us AmeriCorps over to her apartment for a BBQ. Let me tell you that 3-month-old frozen beef and canned pineapple never tasted so good.

She thanked us for our service and for coming to help when we didn’t have to, and for aiding a community that was not ours. She went through the room and thanked many of them for specific things she recalled us doing.  It was so genuine and heartfelt, in a “let me invite you into my home and share what little I have with you” kind of way.  While I knew her, I didn’t expect anything or even to be recognized, that wasn’t why I was there. Do good for others and make the world a better place for everyone, that’s why I was there.

As she continued going around the room though, she waited until the end and started crying.  She had been, but this was like ugly crying, excessive sobbing. She asked me to come up to the front of the room, again at 19, not used to being the center of attention, and she gave me two things. One was a small white stone, and the other was a small diamond. She gave them to me and placed them in my hands as she told me (and everyone) that she wanted me to have these, that she wanted me to always remember the impact I made on her and her community.  She then told me that I would always find a way, that I didn’t believe in impossible things, she told that she believes it to her core, that if she asked me to turn this rock into a diamond, I would find a way, and if she asked me to turn this diamond into this rock I would find a way.

That moment has stuck with me my entire life. When I celebrate the victories, it’s not out of some need to be seen and recognized, but because part of me is longing for that sense of accomplishment, for that feeling that even if it were just for a short time, I made the world a better place.

I don’t know if I have more amazing things to accomplish in my own life, I don’t know what more acts of service I have for the world, but I do know that there are so many people with so many amazing things to say. There are business owners with amazing ideas and innovations that will begin to change the word if they can only get their message across.

So, when people ask me why I do marketing, why do I throw myself into the same pond as all those other people, I give a response like I love helping business owners or I love entrepreneurship.

And while I do love those things, and I love helping people build their dreams, I live for the impossible. I crave making something out of nothing, and I believe that in every rock there is a diamond.  I celebrate my accomplishments large and small, and while it comes off like an ego stroke for myself, it’s really because there is someone out there who thinks I am capable of doing the impossible, and I don’t want to let them down. 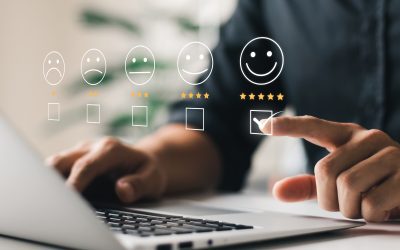 Take Control of Your Online Reputation to Increase Your Brand Success

The Internet has elevated consumers to a position of power when it comes to online reputation. Gone are the days of word-of-mouth referrals; instead, consumers turn to social media and review sites to decide where to spend their money. It is up to you to shape the... 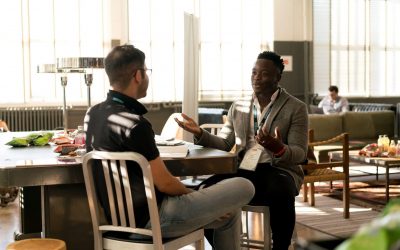 There are many good leaders. But how many great leaders are there? There are many leadership habits and characteristics we can improve to better lead our teams. To correct our bad habits, we need to know that they exist. If you are wondering if you have developed any...